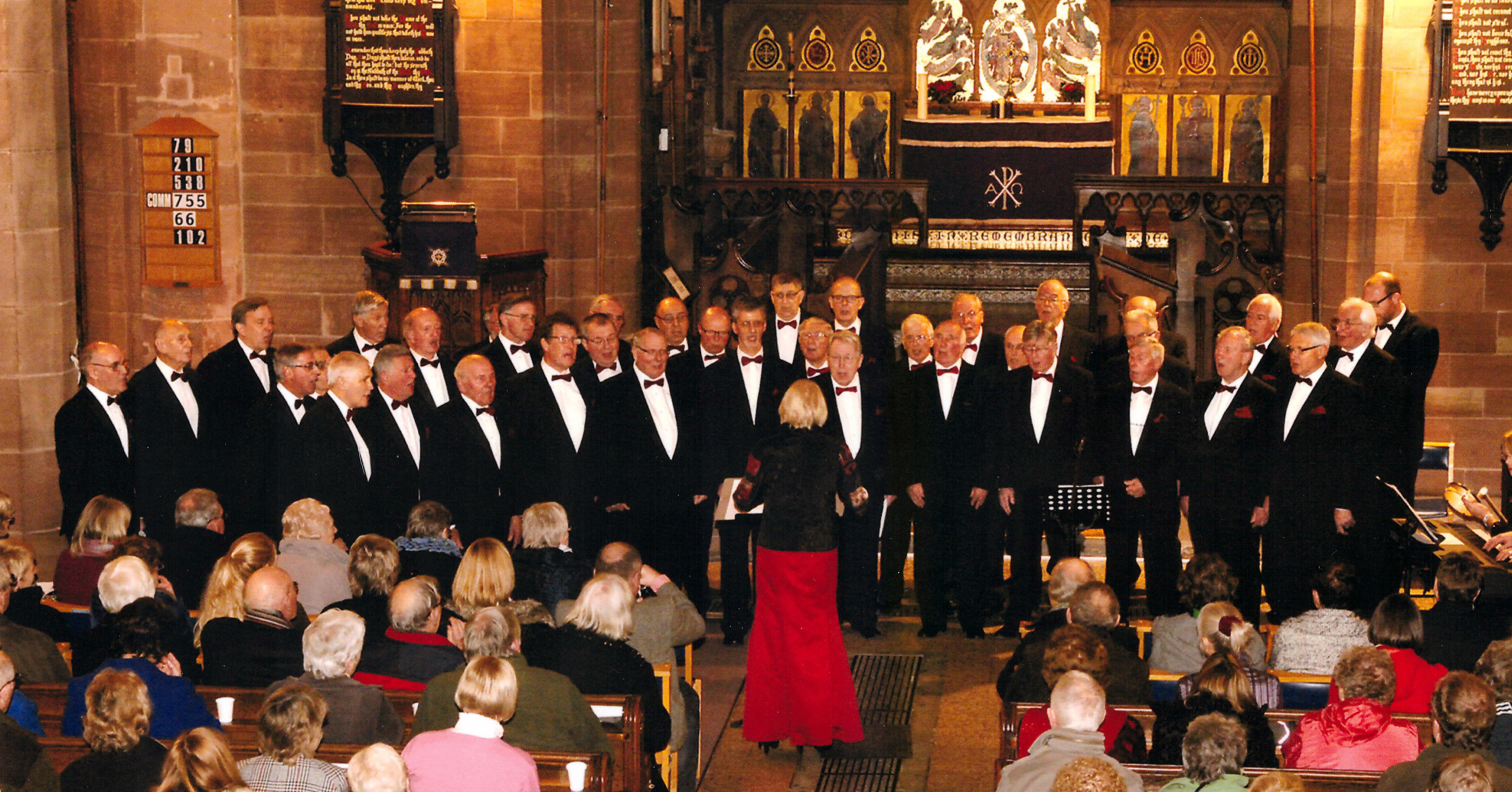 On 19th December our annual Christmas Concert in St Nicholas’ Church, Newport Shropshire took place. As ever, the concert was very well attended, the church being nearly full to capacity. The choir was in good voice as we sang a programme comprised of Christmas carols and other songs, joined by the audience in many of the items. To mark the centenary of the First World War we sang Silent Night in both German and English languages, and we also included in our programme The Boar’s Head Carol, a 15th century English Carol. Choir member Ian Dunning gave a splendid solo rendition of When a Child is Born, and guest soloist Lucy Gibbs enchanted all present with her contributions.

As is our custom, during the interval choir members served the audience with wine or soft drinks, and mince pies, and also a most delicious  Christmas cake.

The evening was compered by our choir chairman David Tooth, who closed the concert by presenting gifts to soloist Lucy Gibbs, our music director Vivian Redfern, and our accompanist and his assistant Michael and Jo Ward, in appreciation of their efforts.

All in all, this was a very successful and much enjoyed concert, which rounded off another very successful year for the Newport (Salop) & District Male Voice Choir. We now have a couple of weeks off before we resume practice, working towards our next concert –  our annual Welsh Night to mark St David’s Day, which will take place at Cosy Hall, Newport, Shropshire on Friday evening, 27th February 2015. Hopefully we may see you there!

← Delight at Choir’s Support for Dancers
The Joy of Singing →