Posted by Geoff Culshaw on November 8, 2016 in News

The members of the audience that gathered  at St John’s Church, Muxton on Friday last, 4 November, were no doubt glad that they chose to come to our concert, rather than attending one of the many fireworks displays that were talking place that night, as they enjoyed a couple of hours of very enjoyable song. 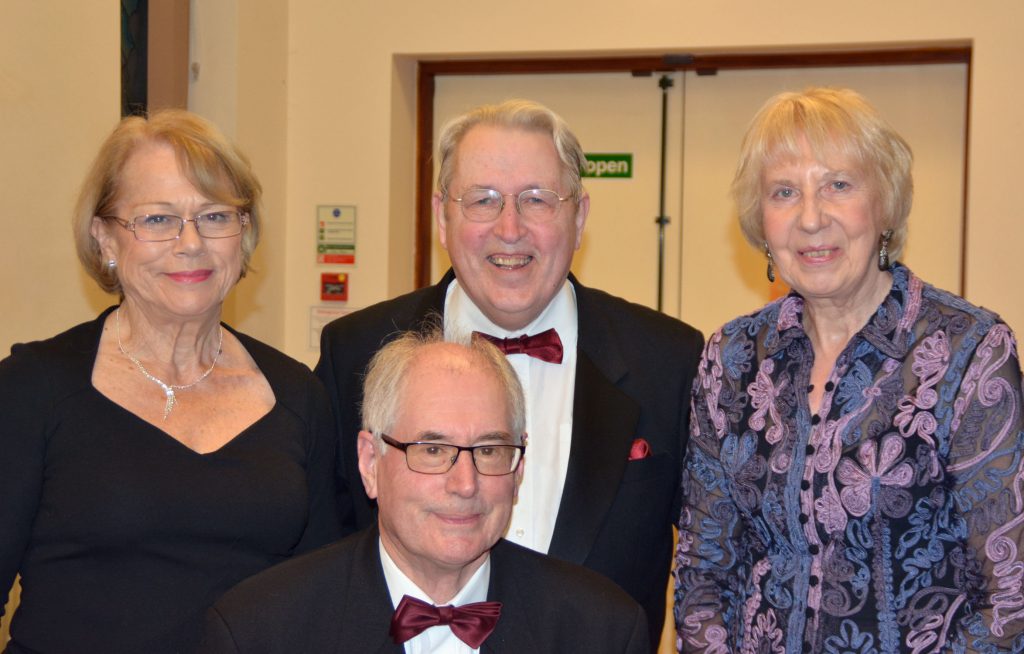 Newport (Salop) and District Male Voice Choir reprised the programme from their previous concert, which included many songs from the 1960s, led by musical director Vivian Redfern, and accompanied by Mike & Jo Ward. They were joined by local  musician Paul Wallace, who sang and played his guitar to great effect, performing a range of old favourite songs with great humour.

In addition to the excellent musical fare on offer, all who attended were treated to some really lovely interval refreshments – the homemade cakes were absolutely delicious.

At the end of the evening everybody went away happy. The audience had been well entertained, the choir had had a thoroughly good outing, and the Wrekin Housing Trust charities had benefitted by over £500.

Our next outing is on Sunday 4 December, when our choir will perform at the annual Severn Hospice Lights of Love services, at St Chad’s Church, Shrewsbury. This has become a regular annual engagement for us, and is an occasion that we look forward to each year.