This year’s annual English Association of Male Voice Choirs Annual Charity Concert took place in the beautiful setting of Worcester Cathedral last Saturday, and what a wonderful concert it was. Members of our choir joined forces with six other male voice choirs – Birmingham Icknield, Cirencester, Cradley Heath, Hadley Orpheus, Newport, Warley and Worcester – to perform a varied programme that was thoroughly enjoyed by a large audience.

In addition to the choirs, we were all entertained by several fine soloists – soprano Claire Bessent, organist Keith Hearnshaw and the Birmingham Horn Sound. The programme was compered by Lord Digby Jones, and the event was  organised by members of the host choir, Worcester Male Voice Choir. It is a tribute to their hard work and expertise that it went so smoothly.

This year’s beneficiary charities were St Richard’s Hospice and Acorn’s Children’s Hospice, and they both received substantial payments from the proceeds of the concert. All in all, a great night for all present!

The photos below are by kind permission of Worcester Male Voice Choir, and give an idea of what a fine occasion this was. 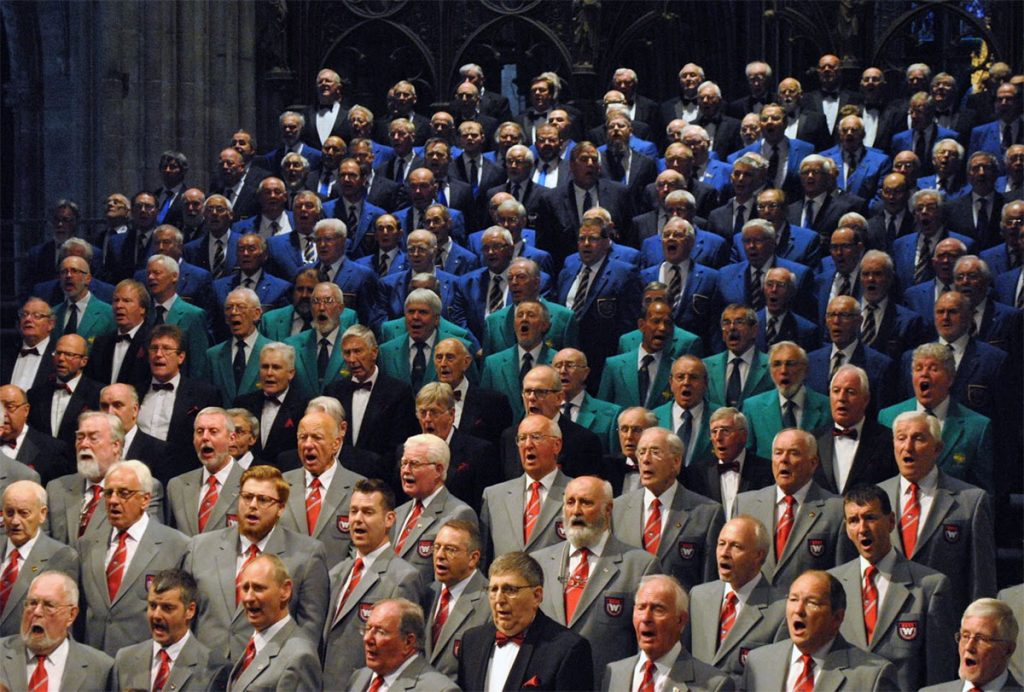 A section of the massed choir at Worcester Cathedral on 18 June 2016, including some members of our choir . 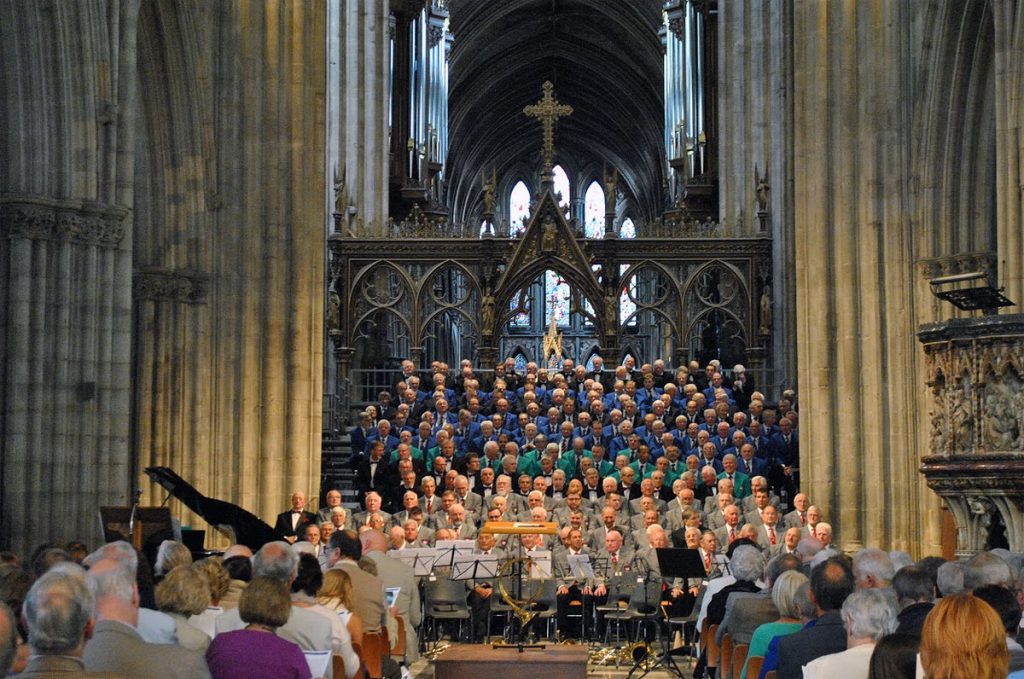 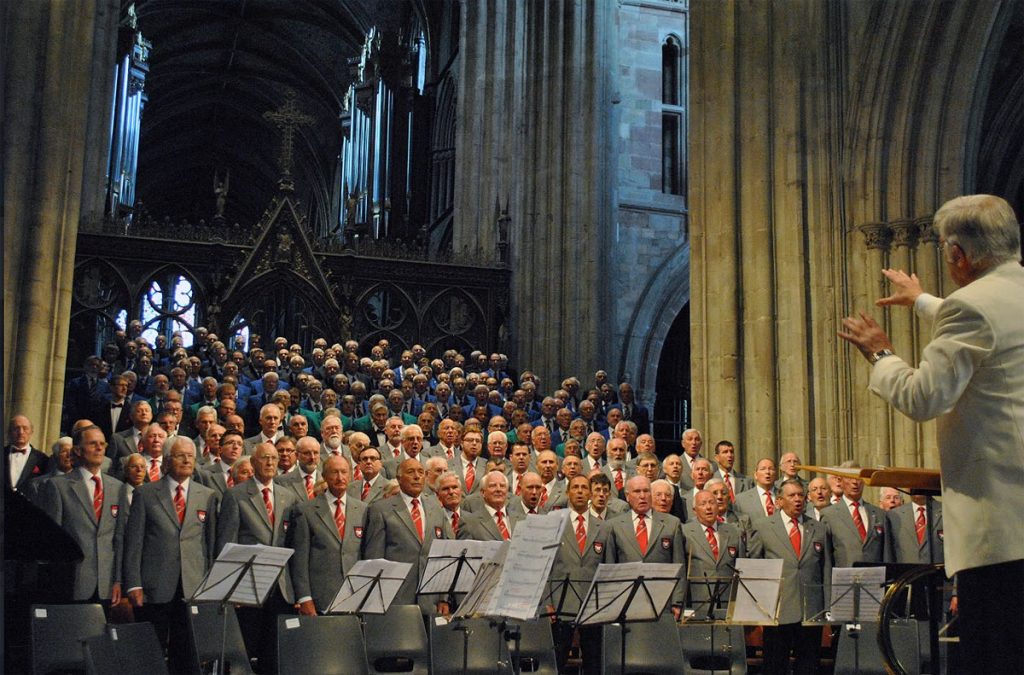 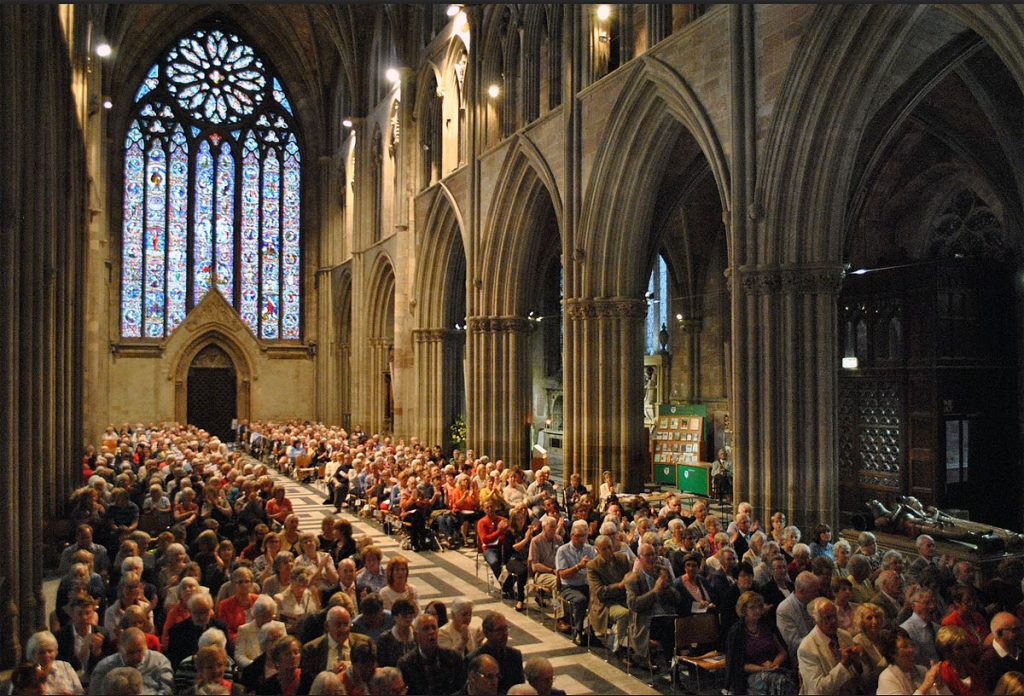 Our next concert is on Friday 22 July at 7.30 pm, when we will be performing at Trinity Church, Newport TF10.