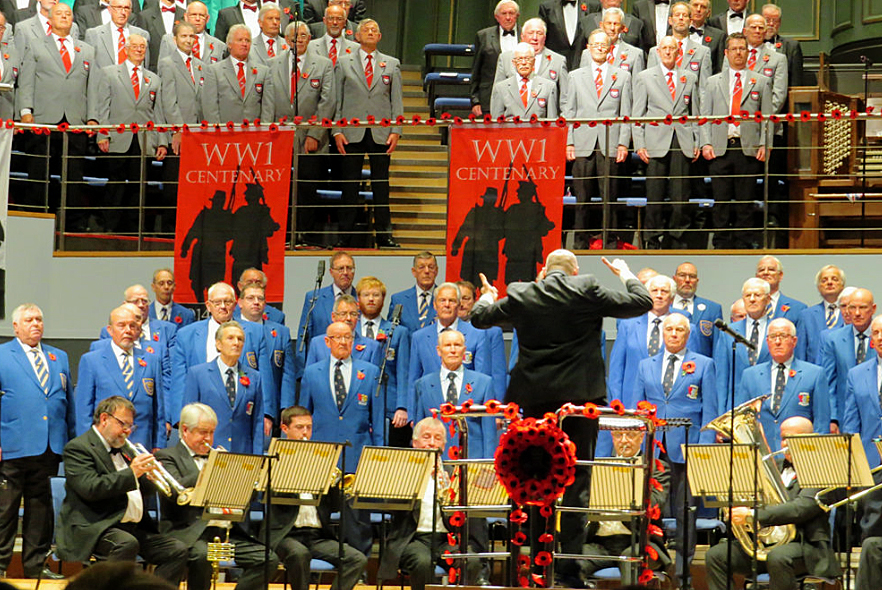 There were very few spare seats in Birmingham Town Hall on Sunday 4 November, as members of our choir joined with six other choirs to form a massed male voice choir for the above event, to mark the 100th anniversary of the armistice that ended the Great War.

Over 200 choristers performed under the direction of James Llewellyn Jones, uniting to sing in front of an audience of some 800 people, and in this superb venue they created a wonderful sound. The evening was compered by comedian Don MacLean, and there were also fine performances by soprano Denise Leigh, violinist Jody Smith, and the Gemini Brass band.

The concert was organised superbly by Birmingham Canoldir Choir and, appropriately, this year’s beneficiary charity was Troop Aid, who received a cheque during the evening.

All the choirs involved had put in a terrific amount of work throughout this year to learn repertoire for this concert, and it was good to see all the effort pay off with such a wonderfully successful event.