The photographs below were taken during our choir’s overseas tours.

Newport and District Male Voice Choir has undertaken five overseas tours. The destination for our first such trip was  Malta, where we competed in the International Festival that was held in that country, in which we were placed third. This was followed in  1997 by a concert tour of Hungary, where we very much enjoyed singing in several fine churches and cathedrals, including the famous St Mathias in Budapest.

In 2000 the Choir toured USA and was the first British choir to sing in the prestigious John F Kennedy Centre for the Performing Arts in Washington ( the Nation’s premier Concert Hall) .

In 2004 the choir completed a highly enjoyable and musically successful tour of the Czech Republic, and during August – September 2006 we went on another highly successful ten day tour, this time in Slovenia. Here we gave five very enjoyable  concerts, three of which were  performed with local choirs in Bohinj, Kranj and Piran. 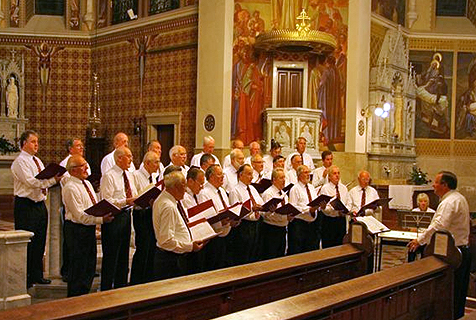 Members of our party enjoying our tour of Slovenia, 2006 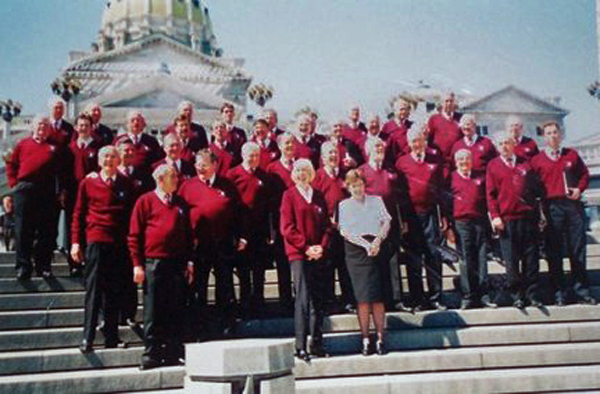 The Choir about to perform in USA 2000 Conductor Ann Lombardi 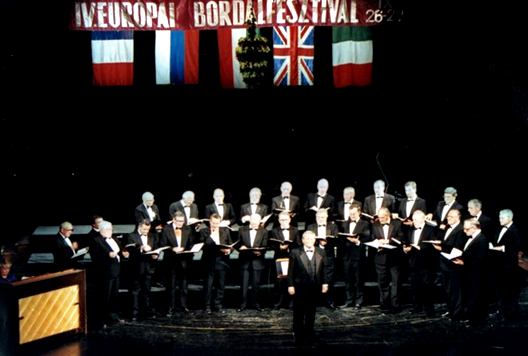 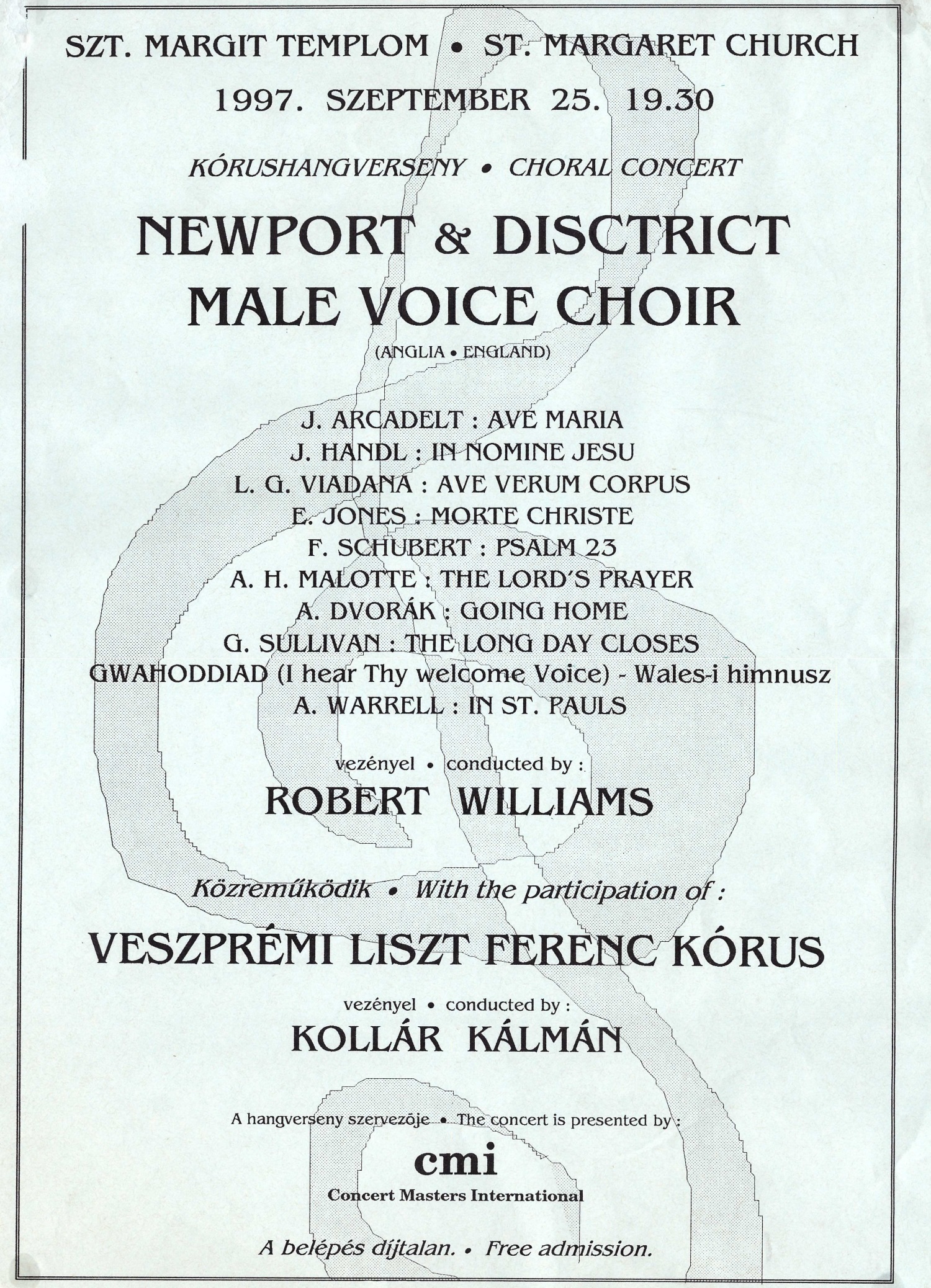 A Poster announcing one of our concerts in Hungary, 1997. Courtesy of choir member Derrik Marston