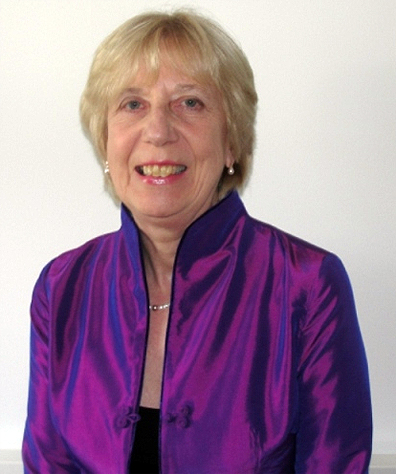 Vivian was born in London and read Modern Languages at Girton College Cambridge. She has combined her musical activities with a busy teaching career, spending most of her life in Shropshire, where she continues to be based.

She played her first piano concerto with a local orchestra at the age of thirteen, and is much in demand as an accompanist, appearing on the concert stage in the UK, the USA, Czech Republic, France, Spain and Slovenia.

Vivian’s work includes a recording of Schubert’s Schwanengesang, and performances of sonatas by Brahms, Shostakovich and Cesar Franck with the violist Helen Waring.  She appeared with The Lydian Singers at a critically acclaimed recital of English music at the Music Conservatoire in Segovia, and in March 2008 her playing in the piano duet version of Brahms’ German Requiem was very warmly reviewed.

Vivian has given many performances with Newport and District Male Voice Choir, whom she  accompanied for twelve years before being appointed its Musical Director in July 2009.  She greatly enjoys the opportunity to employ her expertise and extensive knowledge of male voice choir repertoire on behalf of a choir that she loves.