After 15 years of singing the Newport and District Male Voice Choir said goodbye to Peter George, who is retiring and moving to Prestatyn in Wales.

Peter moved to Newport 1999 for work reasons. He joined the choir almost immediately and has been a stalwart member ever since. During his time with the choir Peter has been a committee member, has compered performances, and more recently he has proved a most accomplished Stage Manager. This involved him in the planning and arrangement of the choir at concerts, and weighing up the venue size, acoustics and audience size. Not easy with 30 or more chatty choiristers who just want to sing.

To bid Peter goodbye a song was written by our Musical Director, Vivian Redfern, the words being relevant to Peter’s time with the choir, and sung by choir members at rehearsal,to the tune of the traditional Welsh song, Calon Lân.

As the President of the choir, David Barnett, presented Peter with an engraved glass plaque he said “Peter will be sadly missed because of his excellent singing ability and organising skills”. Peter, on receiving his farewell gift said “My time with the choir as a 1st Tenor has been the best 15 years of singing and comradeship I have ever had” 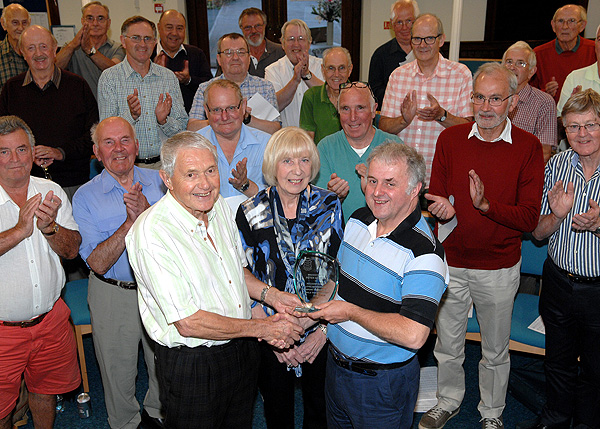 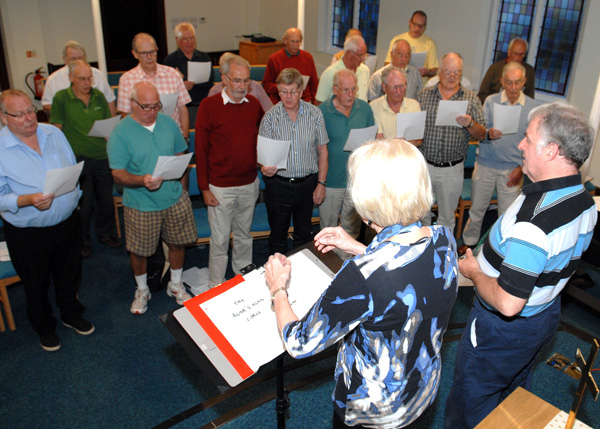 The choir sings their goodbye song to Peter George 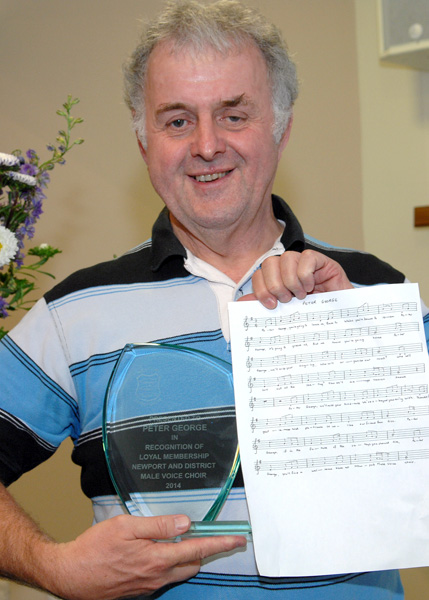